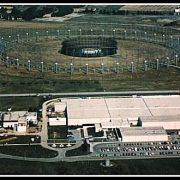 It seems that just about everyday we hear about “the NSA”. It’s in the NEWS, on TV, everywhere!

But few people actually know much about it, or what it does…

Even the name is confusing to some people. I have heard people say it was a water filter company. Or that it was a part of the CIA. Back in the 70’s and 80’s people who “knew” about the NSA used to refer to it as “NSA – No Such Agency”.

In short, what the NSA really does is act as a collection point for sorting out all kinds of information and intelligence. They has hundreds of annalists sort through tons of information and make up reports. These reports are used to make decisions concerning National Security.

I used to work at a government facility in the 1970’s and 80’s that collected Signals Intelligence, or SIGINIT, and passed it along to NSA. This facility was located in southern Germany, just outside of Augsburg. 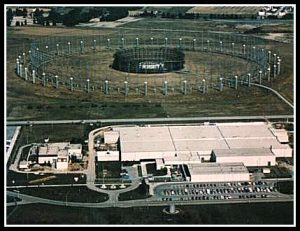 From the outside, it looked very much like a factory except for the very large “round thing” behind it commonly called the elephant cage by those who worked there.  In fact, it was a very complex set on antennas that could be tuned in at just about any frequency, and any direction 360 degrees.

There were several of these facilities located around the world and they were all connected in different ways to support the men and women who works around the clock listening in on all sorts of radio signals.

This one place alone, provided NSA with thousands of pages of data every hour. Today, it’s all different. The internet is the big target of NSA. And rightfully so as so much information is passed over it. And next to that is Cellular Services. All this presents a big challenge for NSA to stay on top of it all to keep us safe and sound.

Often I hear people say that they don’t want NSA listening in on their phone calls or reading their emails. That makes me laugh. If they only knew what is really going on inside the NSA, they would freak out. As someone who listened in on thousands of transmissions, I can honestly say that the NSA could care less about what you say to grandmother or what your TXT to your sweetheart. The NSA is watching key targets and developing targets that really do matter to National Security. And you should be glad they do what they do, because it’s what keeps you safe at night.