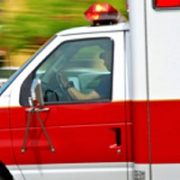 Overdose Symptoms:
Overdose symptoms can vary depending on the physical condition of the user and the overall chemical makeup of the drug that is used how often the drug is used and the amount. Some of the general symptoms users my exhibit are disorientation, delirium, blue lips and fingernails, cold and clammy skin, muscle spasms, discolored tongue and dry mouth, severe stomach cramps, and seizures. It is also important to note that subjects can overdose on heroin regardless of method they use to ingest it such as “snorting” or “injection.” The increase in heroin use is likely due to legislation, public awareness, and law enforcement interdiction on “pill mill’ pain clinics.
Common Signs To Look For That Someone Is Using Heroin:
Some Common signs that might be present when someone is using heroin or other narcotics are shortness of breath, dry mouth, small pupils, and sudden changes in behavior or actions, and disorientation. They could also exhibit periods of hyper alertness followed by suddenly nodding off, as well as having a droopy appearance, as if person’s extremities are heavy. Other signs of heroin or other narcotics abuse include possession of paraphernalia used to prepare, inject or consume heroin such as needles or syringes not used for other medical purposes, burned silver spoons, aluminum foil or gum wrappers with burn marks, straws with burn marks, small plastic bags with a powdery residue. The powdery residue may vary in color from white to tan to dark brown. In some instances it could also be a black tar like substance that contains heroin. If a citizen finds any of these items they should call 911 and have an Officer respond to properly secure these items. Some of definitive physical signs of heroin abuse are weight loss, runny nose (not explained by other illnesses), needle “track marks” visible on arms, infections or abscesses at injection sites, cuts, and bruises or scabs caused from skin picking.
Heroin Overdose Myths:
There are also a number of myths about how to treat someone suffering from a heroin overdose. Some of the myths include giving the effected person something to eat or drink or put them in the shower. Other common myths are giving the person an “upper” such as cocaine or speed, inducing vomiting or injecting them with water or milk. None of these help, in fact, they can actually make the situation make the situation worse. Your first response, if you suspect someone suffering from an overdose is to call 911. It is also a myth that the “cut” or purity of the heroin used is the only cause. The body can react poorly to heroin regardless of the purity.
April 29, 2016/by Wayne Miles
https://alphaagency.com/wp-content/uploads/2016/04/off-topic-thumb.jpeg 200 200 Wayne Miles https://alphaagency.com/wp-content/uploads/2017/02/Alpha-Agency-Logo-with-Tag-Line-300x300.png Wayne Miles2016-04-29 21:32:362017-02-18 15:39:04Tips about Drug Overdoses