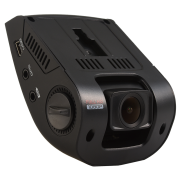 More and more these days, people are installing Dash Cams in their vehicles. Personally, I think it is a great idea. The popularity started in other countries where they have a lot more fake accidents going on. A common practice is for a person to wave down an approaching vehicle and then as it slows down, they jump on the hood as if they were struck by the vehicle. YouTube has some really funny clips about this activity.  This one is funny! 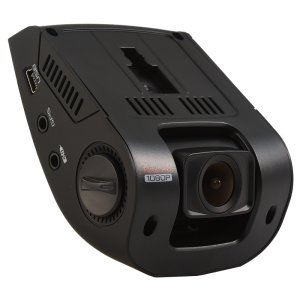 Back to the real world…  Having a Dash Cam on your vehicle is a good idea. Hopefully you will never “need” it, but when you do it can be a valuable tool. Here are some thoughts to consider before you  order one…

If you don’t know much about these things, you might be asking yourself “What exactly is a “Dash Cam”?  Well, you can find out more here.

Here are a few things to consider before you invest in one of these devices. Our agency spent a lot of time evaluating them before we purchased our Rexing V1N units. So far, they work very well and have become a valuable tool for us.

You can get one for about $45.00 but it won’t be a keeper. A good quality one will cost right at a hundred dollars, and be well worth the investment. Some will run you up around $250 but I don’t see why you would need to spend that much after looking at all the specs. After all, the specs are all that matters really.

What these things do is record your movement while you drive. Simple really. What you want to have is a unit that powers on when you start the car and starts recording without having to press buttons. You want to have a good amount of memory in the unit so it will record at least a days worth of driving. And, it should be able to loop over old data if the memory card gets full. Being able to replace the memory card without much hassle is a plus.

Most units will allow you to set the resolution of the video. I like to try and get the best picture possible, so I set mine at the highest quality.  I also set the record segments to 5 or 10 minutes. If you are going to capture a drive along the beach, a higher segment time means less video to stitch together. Keep in mind that these units won’t be able to capture license plate tags at any great distance or if a vehicle passes you by. If you can read the plate yourself, so can the camera, but that’s about it.

Most good units will allow you to record audio too. This can come in handy at times.

You will also see that some units can record  from a rear camera as well as the front. This is done by a picture in picture feature on most models, and has it’s drawbacks. The rear camera is normally a lower resolution camera. I think a rear camera is a great idea, and the best way to do this is to just put another unit back there.  Then you have both ends of the vehicle covered nicely with good quality all the way around.

Another nice feature is the ability to park your car and have a sensor that will turn it on if your vehicle is hit or damaged. Tis is called a “Parking Feature” and is very handy to have if you park on the street.

Our Agency uses these devices all the time.

The units that we have chosen for our investigator vehicles is from Rexing. Currently, we have two such units in each vehicle – one in the front and one in the rear. Rexing has a nice one that has a night vision feature that helps with low light conditions – something that we like a lot.

While on cases, we use the audio record feature and record notes as we work the case. It’s a lot better than any other method as it keeps your hands totally free for the important things like drinking coffee.

We support VISTE in Lakeland, Florida
Scroll to top